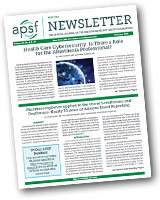 We noticed yellowing of the desflurane in the site glass of the Dräger (D-Vapor) desflurane vaporizer some time ago. We stopped using it completely and notified our hospital Baxter representative. He had someone from Baxter call us and fax a letter saying something to the extent of, “This is an old issue, it has been investigated by the company, desflurane is interacting with the plastic components in the vaporizer, no harm to patients, nothing to worry about.” Is there any current information regarding the discoloration of desflurane?

The observation of Dr. Wolfson and his colleagues at University Medical Center at Princeton is similar to other customer reports received by Baxter of discoloration of SUPRANE® (desflurane, USP) observed either in the vaporizer sight glass or in liquid drained from the vaporizer sump. Baxter has conducted investigations of these reports. What follows is a summary of the results of this testing through which we conclude that the discoloration occasionally observed in the sump of a vaporizer does not impact the quality of SUPRANE® (desflurane, USP) delivered.

Baxter first learned of discolored SUPRANE® (desflurane, USP) following an observation reported to Baxter in 2004. As part of Baxter’s investigations since that time, multiple samples of discolored desflurane obtained from customers were tested in several ways. First, samples were heated and evaporated in laboratory equipment designed to simulate the processes normally occurring in a vaporizer. The vaporized material was condensed, assayed, and tested for visual appearance, total impurities, and nonvolatile residue. In all instances, the condensate was clear, colorless, and met SUPRANE® (desflurane, USP) Drug Product release specification for these tests.

Additional experiments were conducted by placing discolored desflurane samples directly into commercially available GE (Tec 6 Plus) and Dräger (D-Vapor) vaporizers that were then tested under normal operating conditions. Again, the vaporized material was condensed, assayed, and tested for visual appearance, total impurities, and nonvolatile residue, and determined to be clear and colorless, meeting all SUPRANE® (desflurane, USP) Drug Product release specification for these tests.

What then causes the discoloration occasionally observed in vaporizer sumps? SUPRANE® (desflurane, USP) has a low boiling point, requiring a bottle closure mechanism designed using carefully engineered materials to produce an effective seal. The best sealing materials are made from elastomers that contain additives that maintain optimal suppleness and sealing characteristics. One of the additives, butylated hydroxytoluene (BHT), is an antioxidant used as an excipient in pharmaceutical drug products, food products, and polymers, including those utilized within the closure system of the SUPRANE® (desflurane, USP) bottle. Since SUPRANE® (desflurane, USP) is an excellent organic solvent, a small amount of BHT and other extractables (totaling < 5 ppm concentration) are leached from the bottle closure system and remain within the SUPRANE® (desflurane, USP) bottle during its storage. These extractables then enter the vaporizer sump during the vaporizer filling process. BHT is oxidized by air to form BHT byproducts. Baxter scientists, utilizing gas and liquid chromatography with mass spectrometry, have determined that the BHT byproducts identified from vaporizer sump samples include: 2,6-di-tert-butyl-benzoquinone, 3,5-di-tert-butyl 4-hydroxybenzaldehyde, 3,3’5,5’-tetra-tert-butyl-4,4’-stilbene-quinone, and 3,5’3’5’-tetra-tert-butyl-4,4’-diphenoquinone. The boiling point of BHT is 265°C, much higher than the approximate 40°C operating temperature in vaporizers. Some of its oxidation byproducts have a yellow appearance and all known byproducts have a boiling point higher than the operating temperature of vaporizers. Therefore, during the operation of the vaporizer, BHT, its oxidation byproducts, and other extractables accumulate in the sump of the vaporizer with repeated usage and refilling. This was confirmed in further Baxter tests utilizing commercially available GE (Tec 6 Plus, Aladin and Aladin2) and Dräger (D-Vapor and DIVA) vaporizers. In these studies, up to 50 bottles of SUPRANE® (desflurane, USP) were vaporized, and the condensate tested. Discoloration was observed in the sump of the vaporizers during these tests, which is believed to be due to the oxidation byproducts of BHT. Identical to the tests of complaint samples described above, in all instances the condensate was clear, colorless, and met SUPRANE® (desflurane, USP) Drug Product release specification for the tests performed.

Baxter has consulted with both Dräger and GE, manufacturers of the vaporizers. Neither is recommending a change to their current User Manual. However, to address this cosmetic issue, Dräger has developed a flushing procedure for the D-Vapor vaporizer and can be contacted for service. Baxter is evaluating the reduction of extractables that occur during the current drain and fill procedure conducted by GE during repair and maintenance of Tec 6 Plus vaporizer.

In closing, Baxter has confirmed instances where discoloration has been observed either through the sight glass of vaporizers or in the drained contents of vaporizer sumps. Due to the non-volatility of trace extractables (< 5 ppm) contained within bottles of SUPRANE® (desflurane, USP), with repeated use and refilling, these extractables and their byproducts may accumulate over time in the sump of a vaporizer giving its contents a discolored appearance. Baxter has confirmed for all tests performed that even though the contents within the sump of the Suprane vaporizer may be discolored, the vaporized SUPRANE® (desflurane, USP) delivered to the breathing circuit remains clear and colorless and meets SUPRANE® (desflurane, USP) Drug Product release specifications.