Concussion and its short and long-term cognitive consequences have garnered much publicity over the past decade. Whereas multiple concussions may be associated with long-term cognitive consequences, a single concussion has been shown to cause significant neurophysiologic changes that may persist for weeks. A recent large retrospective study showed that anesthesia is not uncommon and can occur without a formal diagnosis of concussion in place. This articles discusses the perioperative considerations of a possible patient safety risk: the post-concussed brain.

Concussion awareness has increased significantly among both medically trained individuals and among the general population over the last few decades. This can be attributed to a greater understanding of the effects of both acute and chronic repeated concussion on brain pathophysiology. Despite advances in our understanding of the effects of concussion on the brain, few data exist to guide the periprocedural management of patients with either acute or chronic repeated concussion. Many questions remain. Does the perianesthetic period represent a time for increased risk for brain injury in those patients with recent acute concussion or chronic repeated concussion? Should elective procedures requiring anesthesia be delayed following a concussion, and if so, for how long? What specific complications may be attributed to anesthesia in patients with concussion? Are there any periprocedural factors that can be modified to minimize risk? These and many other questions remain unanswered by the current medical literature.

Concussion refers to the functional manifestations of mild traumatic brain injury (mTBI) that may result from any blow, jolt, or strike to the cranium with or without loss of consciousness.1 Although sports-related concussion have probably received the most attention, concussions can result from other mechanisms including motor vehicle accidents, falls, and assaults. Furthermore, many individuals who suffer a concussion may not seek medical care, making the determination of the true prevalence of acute concussion very difficult. For example, in 2010, the Centers for Disease Control (CDC) estimated 2.5 million traumatic brain injuries resulted in an emergency room visit, hospitalization, or death—of which 75–95% were mTBIs and concussions.2 These data omit concussions treated without medical care or with care, but in an outpatient office-based setting. In 2011, Daneshvar et al.3 estimated that 1.6–3.8 million sports-related concussions alone occurred in the United States. However, these data did not include concussions due to non-sport-related injuries. These data and the CDC strongly support the notion that concussion is a significant public health problem.

Following concussion, the brain enters a state of altered physiology and homeostasis. Immediately following head injury, cerebral metabolic rate increases and may account for the initial alterations in consciousness.6,7 In the hours, days, and even weeks following concussion, the brain enters a state of increased blood flow, reduced metabolism, and altered vascular responsiveness to changes in systemic blood pressure, arterial carbon dioxide tension, and brain activity.8-13 In addition, functional magnetic resonance imaging suggests damage to and dysfunction of neuronal axons in the brain following concussion that may persist for weeks.14 There is also evidence that resolution of the clinical manifestations of concussion may not be a reliable marker for a return to normal cerebral physiology.9

Patients with suspected concussion should be immediately removed from regular activity and evaluated by a medical professional. A central pillar of any management strategy for concussion involves rest: both physical and cognitive. Removal from activities reduces risk for subsequent head or other injuries and minimizes activities that could result in harm, such as driving or making important decisions. Cognitive rest potentially minimizes physiologic stress on the injured brain.15,16 Though some data suggest mild activity after concussion can expedite recovery from concussion, the overall consensus for concussion management focuses on gradual return to physical and cognitive activity while monitoring for exacerbation of post-concussive symptoms (Figure 1).17-19 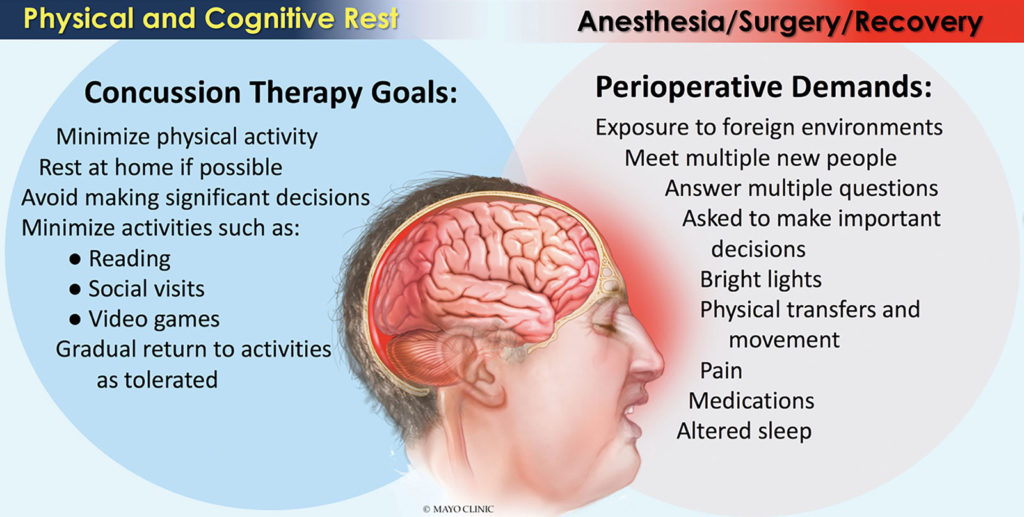 Figure 1. Cognitive Rest vs. The Perioperative Environment.
Reproduced and modified with permission from the Mayo Clinic, Rochester, MN.

In 2005 and 2006, Omalu et al.20,21 described the widespread deposition of beta-amyloid and neurofibrillary tangles, pathology often appreciated post-mortem in patients with Alzheimer’s Disease,22 in the brains of Mike Webster and Terry Long, both former professional football players. This characterization of chronic traumatic encephalopathy (CTE) was suspected to be due to multiple repeated concussive injuries. Using brains donated to the Concussion Legacy Foundations “Brain Bank,” Mez et al. reported that widespread neuropathologic findings, including deposition of beta-amyloid and neurofibrillary tangles, were found with increasing frequency in those with longer football careers.23 Lower rates of neurohistopathologic findings were associated with high-school-only football involvement and much higher rates among professional football players. At this point, no data exist in the current literature that describe changes in cerebral physiology in those with suspected CTE.

Anesthesia may be required for patients suffering a concussion. Our group retrospectively described the use of anesthesia for surgery and other procedures in patients who had recently suffered a concussion at our institution.24 We observed the following:

Anesthesia after concussion is common. Anesthesia was provided to almost 15% of patients with a concussion within a year of their injury. Surprisingly, almost half (44%) of all anesthetics occurred within one month of the injury and almost a third occurred within the first week of injury.

THE PERIANESTHETIC PERIOD SHOULD NOT BE CONSIDERED REST

If the management of concussion centers around physical and cognitive rest, it is difficult to argue that anesthesia and the demands of a surgical procedure fulfills the prescription. First, patients presenting for surgical or diagnostic procedures requiring anesthesia enter a hospital or surgical center—a foreign environment—where they meet many different individuals, are asked a multitude of questions, and are also asked to make significant decisions. The lights are often bright in these locations. Physical demands are made when patients are asked to move to different locations or to different procedural tables or beds. Following the procedure, patients may be dealing with excessive pain, and are frequently disturbed, even during sleep, for medications and various assessments by health care providers.

Frankly, the periprocedural period is NOT a restful period! However, it is true that many surgical and diagnostic procedures requiring anesthesia are necessary in patients with an acute concussion. Therefore, clinicians should be aware that elective procedures following acute concussion likely pose the antithesis of rest for the patient.

THE CONCUSSED BRAIN MAY BE A VULNERABLE BRAIN

Significant physiologic perturbations are common in the perianesthetic period. These can include significant and rapid changes in blood pressure due to pain, surgical stimulation, blood loss, alterations in autonomic function, and pharmacologic effects. These changes in blood pressure could potentially be detrimental to an acutely concussed brain that likely has an impaired ability to autoregulate its blood flow,13,25 making it susceptible to hypo- and hyperperfusion. Additionally, patients may be susceptible to hypoxia and alterations in other physiologic variables, such as carbon dioxide tension and blood glucose concentration—factors that could serve as a source of secondary injury to a potentially vulnerable brain.26,27 Taken together, the perianesthetic period likely represents a time where an acutely concussed brain with altered physiology may be at risk for secondary injury.

Given the clinical findings of cognitive impairment, dementia, and frank motor symptoms along with brain histopathologic findings in patients with chronic repeated concussion,23 it seems obvious that the chronically concussed brain, even in the absence of recent concussion, also represents a vulnerable brain. At this point, clinicians have little guidance from the medical literature in terms of expected cerebral pathophysiology and optimal management in this cohort of patients.

The idea of a “vulnerable brain” in the perioperative period is being investigated in a variety of patient cohorts such as children, those with pre-existing brain injury (i.e., prior stroke, traumatic brain injury), and elderly adults. It is hard to argue that both the acutely concussed brain and the brain that has suffered chronic repeated concussions do not also represent a vulnerable brain. There is a concerted effort to identify best safety practices for the vulnerable brain to promote brain health and minimize risk for adverse events.

For now, we advocate for the following:

Drs. Abcejo and Pasternak are assistant and associate professors, respectively, of anesthesiology in the Department of Anesthesia and Perioperative Medicine at the Mayo Clinic in Rochester, MN. Dr. Pasternak is the current president of the Society for Neuroscience in Anesthesiology and Critical Care (SNACC).

Neither author has any disclosures as they pertain to this article.