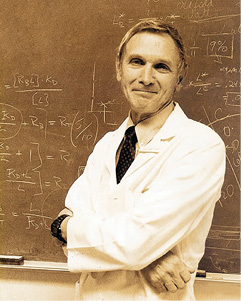 We mourn the unexpected passing of Dr. Richard J. Kitz on September 19, 2017, at the age of 88. As chair of the Massachusetts General Hospital Department of Anesthesia, Critical Care and Pain Medicine for over 25 years, he was the mentor of many leaders of anesthesia departments throughout the world and responsible for many aspects of the professional evolution of the specialty. Unbeknownst to many, Dr. Kitz was a pioneer of anesthesia safety, and he played an important role in the founding of the APSF. His dedication to patient safety can be seen in his dedication to full transparency within his department and his encouragement of research on human error in anesthesia. He was also the instigator of a meeting that proved to be catalytic to anesthesia patient safety—the International Symposium for Preventable Anesthesia Mortality and Morbidity (ISPAMM), held in Boston, MA, in 1984.* It was at ISPAMM that APSF founding president Ellison (Jeep) C. Pierce, Jr., conceived of the idea of the Foundation. During a trip to the UK the prior year, Dr. Kitz gave a lecture to the Royal College of Anesthetists, where he spoke about the studies led by his department that were exploring the relatively new topic of anesthesia errors and preventable adverse outcomes. Sir Cecil Grey, the pre-eminent anesthetist at the time in the UK, suggested that Dr. Kitz convene a conference to gain more insight into the extent of the problem and possible solutions. On his return to the U.S., Dr. Kitz brought the suggestion to Dr. Jeffrey Cooper and Dr. Pierce. The three worked together to organize ISPAMM, with representatives from around the world and supported by several corporate sponsors. The idea of the APSF was hatched from conversations held at ISPAMM. Dr. Kitz was one of the original APSF Board members. He was a committed advocate for patient safety and especially the foundational research in his department. A more extensive obituary of this remarkable anesthesiologist leader can be found at: http://www.massgeneral.org/anesthesia/assets/pdfs/Richard-Kitz-Obituary.pdf

Jeffrey Cooper is immediate past Executive Vice President of the APSF. He is also Professor of Anaesthesia at Harvard Medical School in the Department of Anesthesia, Critical Care & Pain Medicine, Massachusetts General Hospital, Boston, MA.

He has no conflicts of interest to declare.