The APSF’s mission statement explicitly includes the goal to continually improve the safety of patients during anesthesia care by encouraging and conducting safety research and education. Since 1987, the APSF has funded safety projects totaling over nine million dollars.

The 2017-2018 APSF investigator-initiated grant program had 34 letters of intent submitted with the top scoring grants undergoing statistical review as well as detailed discussion among members of the Scientific Evaluation Committee. The top nine scoring grants were invited to submit full proposals, and eight of them were submitted for final review and discussion on October 21, 2017, at the ASA Annual Meeting in Boston, MA. Two proposals were recommended to the APSF Executive Committee and the APSF Board of Directors for funding and both received unanimous support. This year’s recipients were John Fiadjoe, MD, from the Children’s Hospital of Philadelphia and Randy Loftus, MD, from the Department of Anesthesiology at the University of Iowa.
The principal investigators of this year’s APSF grant provided the following description of their proposed work. 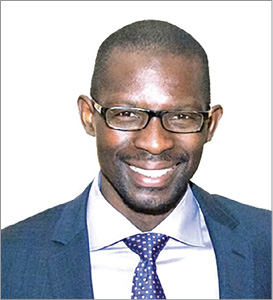 Background: Approximately 1.5 million infants undergo surgery requiring general anesthesia each year in the U.S.; the majority require tracheal intubation (TI). Intubation-associated adverse events in infants are underappreciated because of low case volumes and a lack of high-quality studies. Direct laryngoscopy (DL) is the standard for initial TI attempts in infants. It is highly effective, but is difficult to master, requiring 45–57 attempts to become proficient.1,2 Infants are vulnerable during TI because of their rapid hemoglobin desaturation. Securing the airway on the first pass is the best practice to minimize complications; however, initial attempts in infants are often made by trainees who lack the kinesthetic skill to secure the airway rapidly. Videolaryngoscopy (VL) improves trainee coaching during TI, and the shared view reassures the supervising clinician that the tracheal tube is appropriately placed. We discovered in a multicenter study of children with difficult airways that the number of TI attempts is a critical modifiable risk factor for severe adverse events such as hypoxemia, bronchospasm, laryngospasm, and cardiac arrest. Multiple attempts (>2) were independently associated with complications (OR 3.1, 95% CI 2.1–4.6; p < 0.0001).3 In 1,343 healthy infants with normal airways presenting for elective surgery, we found (unpublished data) from electronic medical record data that 16% required more than one intubation attempt and (371 of 1,134) 32.7% of children with one attempt experienced severe hypoxemia compared to (101 of 210) 48.1% of those with multiple attempts. These results likely overestimate the incidence of severe hypoxemia (SpO2 < 90% for more than 1 minute) because of tourniquets applied for intravenous access and other artifacts. Nevertheless, the differences between the two conditions (multiple vs. single attempt) are likely accurate. Taken together, the literature on the impact of multiple TI attempts is consistent. In emergency rooms, intensive care units, and operating rooms, multiple TI attempts increased complications including dysrhythmia, hypotension, hypoxemia, unrecognized esophageal intubation, regurgitation, airway trauma, dental or lip trauma, mainstem intubation, and cardiac arrest. There is a knowledge gap regarding the safest device to secure the airway of infants with normal airways with the least number of attempts.

Implications: Our project could potentially lead to a reduction in multiple TI attempts, consequent hypoxemia, and associated complications. Our results could be applied to all areas where infants require TI including neonatal and pediatric ICUs, emergency departments, hospital floor units and even intubations in the field. Forty percent of pediatric surgical cases in the United States are managed in adult hospitals by clinicians who lack the requisite pediatric TI experience. VL may close the skill gap for these clinicians and improve the safety of infant intubation. 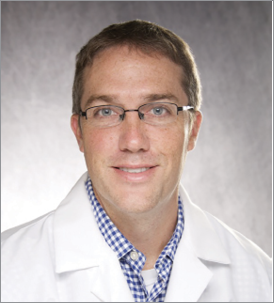 Background: A decade of research has examined the magnitude and implications of bacterial transfer in the anesthesia work area environment. The conceptual framework is that if anesthesiologists, historical and current leaders in patient safety, can establish a better understanding of how bacterial pathogens are transmitted and cause disease in our environment, then we can use this information as a platform to guide perioperative improvements in patient safety. We have developed and validated a model for the study of intraoperative bacterial cross contamination that has firmly established the need for a multimodal program designed to maximally attenuate intraoperative bacterial transmission and the development of postoperative health care-associated infection (HAI) development. In response, we have generated an evidence-based bundle that incorporates advances in intravascular catheter design and handling, hand hygiene, environmental cleaning, and patient decolonization. We have more recently developed an innovative platform for active surveillance of bacterial transmission to measure the fidelity of bundled components for the purpose of early fatigue identification and mitigation. The surveillance platform uses a systematic phenotypic and genomic approach, bringing genomic analysis to the patient bedside to improve basic preventive measures. We now plan to leverage the evidence-based bundle along with active surveillance of S. aureus transmission to reduce perioperative transmission and subsequent infection development.

Aims: Our primary aim is to reduce perioperative S. aureus transmission. We hypothesize that this approach will reduce S. aureus transmission by at least 30%. Our secondary aim is to reduce postoperative HAIs. We hypothesize that this approach will reduce surgical site infections (superficial and deep) by at least 40%. An evidence-based bundle incorporating improvements in intravascular catheter design and disinfection, hand hygiene, environmental cleaning, and patient decolonization will be implemented to maximally attenuate perioperative bacterial transmission and subsequent infection development. In parallel, an evidence-based surveillance system (OR PathTrac) will be implemented to continually track perioperative bacterial transmission dynamics. Bacterial transmission events mapped by OR PathTrac that are linked to failures in hand decontamination, intravascular catheter hub disinfection, environmental cleaning, and/or patient decolonization efforts will be used by an infection-control perioperative team to design and to measure the effect of targeted improvements in bundle component(s). Improvements may include, but are not limited to, individual and group level feedback, environmental reorganization, and equipment redesign. All efforts will be customized by surveillance data, and ongoing surveillance will monitor the effect of proactive improvements. Ultimately, OR PathTrac will provide a mechanism for continued optimization of the evidence-based bundle throughout implementation, and, as primary and secondary aims are reached, a mechanism to measure the relative effectiveness of bundle components.

Implications: This work serves to address a major agenda put forth by the Centers for Disease Control (CDC) including the prevention of infections affecting patients undergoing surgery and the prevention of bacterial spread between patients. In addition, successful demonstration of this approach will solidify anesthesia providers as the first professional group to bring genomic analysis to the patient bedside to improve basic preventive measures, satisfying a key initiative put forth by key stakeholders in infection control. Future applications of this work will address improved antibiotic stewardship through the generation of prospective, dynamic perioperative antibiograms and detection of emerging resistance, satisfying the third and final agenda put forth by the CDC to address the alarming issue of the persistent HAIs, associated increases in patient morbidity and mortality, and the ongoing evolution of antibiotic resistance in the postantibiotic era.

Dr. Howard is a Professor of Anesthesiology, Perioperative and Pain Medicine at Stanford University School of Medicine, Staff Anesthesiologist at the VA Palo Alto Health Care System and the Chair of the APSF’s Scientific Evaluation Committee.

He serves on the Board of Directors of the APSF and has no other conflicts of interest to declare.