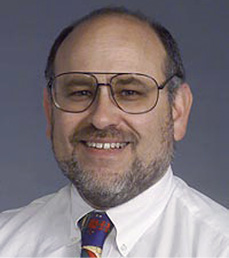 Dr. Morell became editor-in-chief in 2001. His numerous accomplishments were driven by his incredible enthusiasm for patient safety, his creativity, and a strong desire to keep the anesthesia community informed regarding emerging clinical issues that could impact patient safety.

Dr. Morell obtained his undergraduate degree from the University of Virginia and his MD from the Medical College of Virginia. He then attended Bowman Gray School of Medicine (currently known as Wake Forest School of Medicine) for his residency in anesthesiology, serving as chief resident in 1986, followed by a regional fellowship at Virginia Mason Medical Center. He has over 30 years of practice experience in both academic and private practice institutions, rising to the rank of Associate Professor at Wake Forest University. Dr. Morell is currently in private practice in Niceville, FL. His experiences in both settings allowed him to bridge the gap that sometimes exists between these groups. His strong voice for private practice experience at the APSF Executive Committee meetings enabled the group to make recommendations that could work in both academic and private practice settings. Dr. Morell ensured that the APSF Newsletter maintained high-quality content and disseminated the latest breaking research and development impacting patient safety. Perhaps one of his most important and enduring contributions was the creation of the Dear SIRS column, along with Dr. Michael Olympio, which brought anesthesia professionals and manufacturers together to solve problems concerning medications and devices in a collaborative spirit. During his tenure as editor-in-chief from 2001 to 2016, the APSF Newsletter distribution list has grown from approximately 34,000 to more than 122,000 anesthesia professionals and affiliated industries.

Robert C. Morell, MD, Reflects on His Time With the APSF and as Editor of the APSF Newsletter

My first involvement with the APSF occurred in 1993 when the FDA added a black box warning to the package insert for succinylcholine, warning of the potential for hyperkalemia due to unrecognized myopathic conditions in children and adolescents. There was significant push back due to concerns that this would force anesthesia professionals, particularly those who only occasionally administered pediatric anesthetics, toward unfamiliar induction techniques that might result in greater risk. Being one of those “occasional pediatric anesthesiologists,” I was also concerned that this black box warning was misdirected, as it was unlikely that adolescents would have undiagnosed muscular dystrophies compared to younger children. After reading the APSF Newsletter, I felt that an article should be written on the topic and that the APSF should send a representative to the pending FDA/Anesthetic Drug and Life Support Advisory Committee meeting. I phoned Rick Siker, then APSF executive director, to share my concerns and request APSF involvement. That was my first interaction with this pioneer of patient safety. Dr. Siker quickly agreed with me and suggested that I attend the meeting and write the article, giving me contact information for Dr. John Eichhorn, who was the founding and current editor of the Newsletter. Dr. Eichhorn served as a mentor to me for that first safety reporting assignment, which resulted in a pro/con column published in the APSF Newsletter in 1994 (https://www.apsf.org/newsletters/html/1994/spring/#art 2). Dr. Eichhorn encouraged my involvement in the Newsletter and provided me the opportunity to continue to contribute. We formed a warm and solid relationship. John continued as my mentor for several years, gradually giving me more responsibility, allowing me to attend the editorial board and executive committee meetings and introducing me to Dr. Ellison C. (Jeep) Pierce. It was a tremendous honor to be allowed to work alongside such dedicated and brilliant pioneers in patient safety. Drs. Pierce, Siker, and Gravenstein were also incredibly gracious to a newcomer and were always willing to listen to my ideas, some of which were good and some not so much. As my experience grew, I moved from editorial board member to associate editor and eventually editor-in-chief of the APSF Newsletter.

The opportunities for creativity were simply wonderful. I was supported in taking the Newsletter from green and black and white to full color. Photographic opportunities abounded. In 1997, John Eichhorn and I edited and published the first textbook on patient safety entitled, Patient Safety in Anesthetic Practice. It was such an honor to have Dr. Jeep Pierce author the forward, and Dr. Leroy Vandam contribute the first chapter on the historical aspects of patient safety. It was very gratifying that esteemed experts and authors such as Drs. Steve Hall, Jonathan Benumof, John Butterworth, J.S. Gravenstein, Steve Howard, Jan Ehrenwerth and Richard Prielipp were so excited and willing to contribute to the book.

While taking a long walk along the piers in San Francisco at an ASA meeting, Dr. Michael Olympio, then chair of the APSF Committee on Technology, and I had the joint inspiration for the Dear SIRS (Safety Information Response System) column, as well as the Q and A column, both of which have continued as very popular regular columns in the Newsletter. The Dear SIRS column has addressed some very hot topics in anesthesia including the inaugural Dear SIRS issue in 2004 regarding a common gas outlet concern that resulted in a corrective action by the manufacturer. Other topics have included an incorrect network connection simultaneously crashing multiple anesthesia machines and anesthesia circuit obstruction by CO2 absorbent wrappers. For many years Dr. Olympio, followed by Dr. William Paulsen, as chairs of the Committee on Technology, provided their invaluable expertise on anesthesia equipment for this column.

Over my 23 years of involvement with the APSF, I was fortunate to participate in many important APSF initiatives that have greatly improved patient safety. The Newsletter has always been, and continues to be, the face of the APSF, the means of communicating important, and often, critical information, as well as serving as a wide-reaching educational tool. The Newsletter enjoys the largest circulation of any anesthesia publication in the world. None of this would have been possible without the continued support of Dr. Bob Stoelting, the Executive Committee, the Board of Directors and most importantly, the Editorial Board. Jan Ehrenwerth, Joan Christie, Jeff Vender, Glenn Murphy, and John Eichhorn have inspired and authored many important articles. Wilson Somerville, PhD, and Addie Larimore have provided incredible editorial support. Bonnie Burkert has been the brains and brawn of production before, during, and after my tenure. In the spirit of my initial mentoring, I w

as so very fortunate to meet and recruit, first, Dr. Lorri Lee (a world-renowned expert in many safety areas such as postoperative visual loss and neuroanesthesia) and subsequently, Dr. Steve Greenberg (part of the prestigious Northwestern and present NorthShore University HealthSystem [Evanston, IL] legacy, with great expertise in critical care, cardiac anesthesia, and neuromuscular blockade.) My ability to step down was made possible by the dedication of Dr. Lee as my co-editor and Dr. Greenberg as assistant editor. Their enthusiasm, creativity, knowledge base, and editorial expertise have allowed, and will continue to allow, the Newsletter to remain the fresh, relevant, and critically important face of the APSF. I thank all those who put up with me, encouraged me, corrected me, and helped me over these many years. The opportunity to have collaborated with such wonderful people, to be supported in my creativity and evolution of the Newsletter, to have contributed to important safety initiatives and to have facilitated the dissemination of safety information has been profoundly meaningful to me. This has truly been a rewarding journey.

Dr. Morell remains active in private practice in Niceville, FL, and is a local champion for patient safety in his institution, having served as chair of the department of surgery and currently serving as chief of staff at Twin Cities Hospital. He has just achieved one of his most important lifetime accomplishments—that of becoming a grandfather to beautiful baby girl, Brylee, in February of this year!