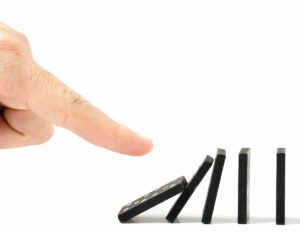 In May of 2022, a former Vanderbilt nurse was convicted of gross neglect of an impaired adult and criminally negligent homicide for the death of her patient in 2017. While she had intended to give her patient midazolam (Versed) for sedation during a radiologic procedure, she inadvertently administered a fatal dose of the neuromuscular blocking agent vecuronium. She overrode safety features on the automated medication dispenser (AMD) and failed to catch several red flags between the time she searched the dispenser for the medication and administered it to the patient.1

This case captivated much of the health care industry in the United States. The American Nurses Association released a statement warning that the trial could create a precedent that would ultimately endanger patients if the criminalization of medical errors has “a chilling effect on reporting and process improvement.”1

In her testimony, the accused nurse said that the use of overrides on the automated medication dispenser were common at Vanderbilt at that time. Reports suggest that the hospital had recently updated the electronic health record system, which had caused delays at AMDs.2 Testimony included statements that Vanderbilt instructed nurses to use overrides to circumvent delays and get medicine as needed, the nurse stating to the nursing board that, “you couldn’t get a bag of fluids for a patient without using an override function.”2

In this case, several incentives, pressures, and nudges are evident. From the public record, we gather there was an expectation that the nurse involved would “multitask” by orienting a new hire as she was caring for this patient.3 It seems production pressure may have been present, as the nurse involved was reportedly told that the patient would have to be sent back and rescheduled if the sedation wasn’t given soon, perhaps implying to the nurse that she was not moving fast enough.4 There was also no “sterile area” around the AMD for medication removal; this has become a standard in many institutions to minimize distractions while removing/handling medications.3,5

In Thayer and Sunstein’s 2008 best-selling book, “Nudge: Improving Decisions about Health, Wealth and Happiness,” they introduce how nudges influence behavior without coercion.6 “Nudging” is defined as a “function of any attempt at influencing people’s judgment, choice, or behavior in a predictable way, that is made possible because of cognitive boundaries, biases, routines, and habits in individual and social decision-making.” 6 Nudge strategies are currently used in multiple ways in the medical field. The University of Pennsylvania Health System even has a dedicated nudge team whose mission it is to improve health care delivery with nudges.7 Specific types of nudges include cues, priming, default settings/options, establishing norms, and prompting. The digital transformation of health care, including electronic health records (EHR), electronic medication dispensing systems, and electronic anesthesia records, lends itself to many possibilities for behavioral nudges.

There were a few “nudges” present in the Tennessee case intended to reduce the risk of medication error: there was a warning label on the top of the vecuronium vial alerting that it was a paralyzing agent, as well as a need to dilute the medication (which would not hold true if it were midazolam). However, there were several “potential” nudges that were lacking. The AMD was set up to allow medications, in this case neuromuscular blocking agents, to be available on a med/surg nursing floor even when not routinely ordered. A nudge based on a safer practice would only allow ordered medications to be removed; a further nudge would even restrict certain medications such as neuromuscular blocking agents in locations where they are not in routine use.3 The Institute for Safe Medication Practices recommends that neuromuscular blocking agents should not be stocked in areas such as med/surg floor where they are not routinely used, or if they are, they be included as part of “emergency intubation kits” with multiple warning signs.3 Additionally, typing in “VE” on the unit produced the choice to remove vecuronium as well as “Versed;” again, a nudge that produced more relevant choices and fewer irrelevant ones would encourage safety. Finally, restricting the use of overrides to only necessary situations in a system like this is also a potential nudge. However, all necessary situations cannot be anticipated, a reality which necessitates having an override option for rare, unexpected cases. Nevertheless, overrides should never be a standard practice to obtain medications.

Nudge theory can be seen as part of a broad structure of incentives, expectations, and pressures, whether intentional or unintentional, that help shape activities and choices made by individuals. In the workplace setting (and elsewhere), people, to a great extent, behave in a way consistent with what they think is expected of them. This is often the basis for “production pressure” which is defined by Gaba et al. as “overt or covert pressures and incentives on personnel to place production, not safety, as their primary priority.”8 This will occur despite whatever leadership may say about safety, quality, etc., if the unspoken—and rewarded—expectation is that more work is done, faster.

A single nudge or even a series of nudges can help encourage people to make a choice that is more aligned with quality, safety, efficiency, or any other positive end. However, they can be “overwhelmed” by other incentives and pressures, intentional or not, that are present in the system. In addition, the absence of nudges in other key areas (“anti-nudges”)—such as too-easy access to overrides on an AMD—can render meaningless the nudges that are present. The use of nudges needs to be a part of a comprehensive, intentional culture, in this case a comprehensive culture of patient safety.

An organizational culture, of course, is more than just a few decisions, nudges, or platitudes voiced here and there. A culture is built day by day, action by action, and moreover, it can be undone by a single lapse by leadership. A well-designed series of nudges to encourage patient safety, along with a campaign promoting safe care of the patient, will go for naught when there is a single high-profile instance of leadership valuing cost savings, or the appearance of efficiency, over patient safety.

Molly Kraus, MD, is an assistant professor in the department of anesthesiology at the Mayo Clinic in Phoenix, AZ.

Karl Poterack, MD, is an associate professor in the department of anesthesiology at the Mayo Clinic in Phoenix, AZ.