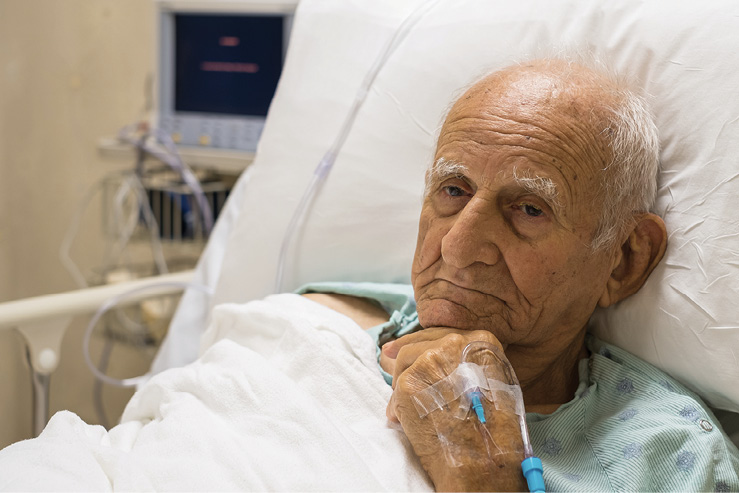 This has been a landmark year for geriatrics focused perioperative care and for research highlighting the role of cognitive health on postoperative recovery among older adults. The American Society of Anesthesiologists (ASA) Committee on Geriatric Anesthesia has expanded to have an educational track to provide content for the annual meeting and an abstracts committee with dedicated poster and oral presentation sessions. Geriatrics committee members have been active on the national level to collaborate with ongoing efforts including the American College of Surgeons Coalition for Quality in Geriatric Surgery (CQGS) and the Brain Health Initiative (BHI), (Figure 1: National Geriatric Surgical Initiatives).

Mission: to create a quality improvement program based on patient and caregiver centered outcomes

Mission: to raise awareness regarding identification, prevention, and treatment of postoperative delirium for patients and providers

The CQGS is co-sponsored by the John A. Hartford Foundation. The program’s mission is to create a quality improvement program based on patient and caregiver centered outcomes. More than 50 groups participate in the effort including patients and caregiver advocacy groups, nursing, federal, and private payers. About two years ago, an initial discovery phase was carried out where team members visited a diverse group of hospitals to discover the state of perioperative care for the older adult. Based on these visits and expert consensus, more than 200 standards were proposed for the pre, intra, and postoperative period. Issues include informed consent, preoperative cognitive screening, and increased use of geriatric best care practices such as early mobilization and optimization of nutrition and sleep wake cycles. Once the standards were assembled, the full group of stakeholders convened this fall. The group voted on the efficacy and practicality of each measure and discussed the document in breakout groups. The next phase of the project will collate the individual and group responses. The plan is to roll out standards in 2019 to a core group of hospitals who participated in the initial visits. The eventual plan is to have standards for excellence in geriatric care, which can be implemented in a wide range of hospitals (academic, private, rural, etc.) across the country.

The BHI is sponsored by the ASA. The mission of this group is to raise awareness regarding identification, prevention, and treatment of postoperative delirium for patients and providers. On the provider side, this will involve dissemination and implementation of best practice guidelines. In September, the ASA convened a multi-stakeholder summit to address postoperative delirium, which occurs frequently after major surgery in older adults. The summit included multiple specialty societies who care for elderly patients undergoing surgery including (but not limited) to the American College of Surgeons, the American Association of Orthopedic Surgeons, the American Geriatric Society (AGS), payers such as Center for Medicare and Medicaid Services, the Veterans Administration, public advocacy groups including the American Association of Retired Persons, the Institute for Healthcare Improvement, and federal funders such as the National Institute of Aging (NIA) and the Patient Centered Outcomes Research group. The summit addressed three key questions: 1) Should the public be informed about the risks of surgery and anesthesia on postoperative cognition in the vulnerable brain and be informed of strategies to reduce that risk? 2) How can providers be informed of and galvanized to implement strategies to reduce postoperative delirium and cognitive dysfunction? and 3) Can funders be educated about the gaps in knowledge regarding these conditions? A series of workgroups have been identified and strategies to address each of these questions are currently underway.

The group consensus was that the public should be made aware of the current state of the evidence and that their engagement will result in improved outcomes. It is clear that the risk of postoperative delirium in an elderly surgical patient far exceeds many other complications that are routinely discussed (heart attack, stroke, death). The group believes that the public needs to be informed regarding delirium for the purpose of education/reassurance and risk reduction when possible. There was general consensus that a campaign should focus on raising patient awareness regarding the signs of delirium, identification by patients and/or their families, education regarding the benefits of “prehabilitation” such as exercise and nutrition, and preparing caregivers for the potential for longer term postoperative cognitive changes. The public awareness campaign will also include information for caregivers about how best to help the elderly return to the baseline brain health such as familiar objects and pictures to assist with reorientation and a commitment to assist with early mobilization.

A similar campaign focusing on provider education across disciplines was discussed, which will highlight recommendations from the AGS Guidelines and the CQGS recommendations. The mission of this campaign will be to disseminate existing best practice to providers to reduce the risk of postoperative delirium and delayed cognitive recovery. Key provider stakeholders for this educational initiative include nurses, pharmacists, anesthesiologists, surgeons, internists, and providers in training (residents and fellows). The initiative will work with groups that promote geriatric specialty training such as the Geriatrics for Subspecialists Initiative sponsored by the AGS and the ongoing Maintenance of Certification Program (MOCA) sponsored by the American Board of Anesthesiology.

The provider initiative will create a toolkit for medical professionals which will contain suggestions about how to engage patients and families to discuss delirium. The provider kit will also contain information regarding delirium. Information would include pre- intra and postoperative strategies to prevent delirium with emphasis on:

The kit will include a pathway or bundled care for patients identified preoperatively as high risk for delirium. The provider tool kit will also contain an algorithm for dealing with agitated delirious patients and utilize materials such as short videos, printable pamphlets, review articles or guidelines, and proposed order sets.

esearch priorities will require that investigators already engaged in this area, whether laboratory or clinical, meet, discuss, and reach consensus. This consensus is then presented to funding agencies to consider targeted calls for proposals. Currently the working group led by Dr. Roderick Eckenhoff will pursue NIH-supported conference funding, in the next 6 to 9 months. If approved for funding, this meeting will occur in the fall of 2017, and involve 50 to 75 invited investigators working in the area for two days of talks and breakout sessions, with the goal of identifying critical gaps in knowledge, and a deliverable of a research agenda that will be submitted to NIA, National Institute of Neurological Disorders and Stroke (NINDS), National Institute of Mental Health (NIMH) and National Institute of General Medical Sciences (NIGMS) for consideration of program announcements (PA) and request-for-applications (RFA). The meeting will be international in scope, and the budget will include travel funds for junior investigators.

In summary, the ASA has initiated and is working with other specialty groups to improve the health of older adults after surgery. Many members of the Geriatrics Committee serve as liaisons to these initiatives and communicate progress to the ASA. The CQGS and BHI are major national efforts. The hope is that the two initiatives will work synergistically to advance scientific knowledge in this area to provide foundational knowledge for identification and treatment of delirium and ongoing evidence for best practice. The current timeline calls for CQGS roll out in 2 years and the BHI provider materials to be available over the next 6 months. Both programs will need champions at academic and community centers to roll out the best practices initiative. Providers, groups, and institutions who are interested in becoming involved in the BHI should contact Lee Fleisher ([email protected]). Progress from this year’s initiatives will be reported at next year’s ASA meeting in Boston.

Lee A. Fleisher, MD Robert D. Dripps Professor and Chair of Anesthesiology and Critical Care Perelman School of Medicine at the University of Pennsylvania

The authors report no financial conflicts of interest associated with this article.