We are pleased to report on this year’s grant recipients in this edition of the Newsletter. The APSF’s mission statement explicitly includes the goal to continually improve the safety of patients during anesthesia care by encouraging and conducting safety research and education. Since 1987, the APSF has funded safety projects totaling over 10 million dollars.

In 2016, the APSF investigator-initiated grant program had 46 letters of intent (LOIs). Members of the APSF Scientific Evaluation Committee reviewed and invited the top eight scoring LOIs to submit full proposals—seven full proposals were submitted for final review and discussion on October 22, 2016, at the ASA Annual Meeting in Chicago, IL. Three proposals were recommended to the APSF Executive Committee for funding and all received unanimous support. This year’s grant recipients were Seth Herway, MD, MS, from the Department of Anesthesiology at the University of California San Diego; Michael Mazzeffi, MD, MPH, from the Department of Anesthesiology at the University of Maryland; and Janet van Vlymen, MD, FRCPC, from the Department of Anesthesiology and Perioperative Medicine at Queen’s University in Kingston, Ontario, Canada.

The principal investigators of this year’s APSF grant provided the following description of their proposed work. 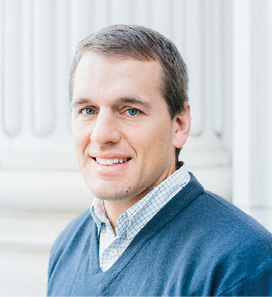 Dr. Herway’s grant is titled “An insidious cause of postoperative weakness: peripheral stores of neuromuscular blocking agents caused by unrecognized extravasation when injected distal to a NIBP cuff.”

Background: There are a number of situations where an anesthesia professional may elect to place a noninvasive blood pressure (NIBP) cuff on the same extremity and proximal to an intravenous (IV) catheter including contralateral upper extremity injuries, dialysis fistulas, previous lymph node dissection, or inability to find alternate sites for IV placement. The common assumption is that, as long as the IV catheter remains completely within the intact vein and large volumes of medication are not injected against complete and prolonged veno-occlusion (as is intentionally done for an IV regional anesthetic), the medications administered through the IV catheter will remain intravenous as well. Recent case reports, however, suggest that medications administered through an IV catheter distal to transient veno-occlusion, as seen in an inflating or inflated NIBP cuff, may be at risk for extravasation and subsequent redistribution resulting in extended release of medication. For most medications, extended release of small amounts of the drug would result in little to no physiologic implications for the patient. However, in the case of nondepolarizing neuromuscular blocking agents (NDNMBAs), extended release of even very small amounts could result in complications, compromising the perioperative safety of potentially all postoperative patients and certainly groups with impaired muscular strength or respiratory physiology.

Aims: This project will detect extravascular accumulation of an NDNMBA surrogate fluorescent molecule, indocyanine green (ICG), when injected against transient veno-occlusion in healthy volunteers using a novel real-time, noninvasive, in vivo fluorescent imaging technique. This surrogate will be administered through an IV distal to an inflated blood pressure cuff in healthy volunteers. A Fluobeam® Clinical System device (Fluoptics, Grenoble, France), a noninvasive, FDA-approved device that can detect, in real-time, fluorescence emitted from tracer molecules such as ICG, will be used to determine the extent of ICG extravasation that occurs when injected distal to a transiently inflated NIBP cuff and the time course of redistribution of extravasated medication. This study will demonstrate conditions under which extravasation occurs, the relative proportion of injected medication that extravasates, and the time period required for redistribution of the extravasated medication.

Implications: Regardless of the outcome, the information from the study will be useful to the anesthesia community and improve perioperative safety. If this study finds that extravasation does not readily occur or redistribution is rapid, then anesthesia providers will have the first rigorously documented evidence that they can be confident in continuing to administer medications ipsilateral to an NIBP cuff without risk of unintended consequences. However, if this study finds that extravasation occurs readily and redistribution is prolonged, then the publication of this information could alter practice habits for all providers and improve safety for all patients. NDNMBAs are unique drugs that can directly compromise patient safety when their effects are not completely terminated at the conclusion of the anesthetic. It is essential to recognize and address any potential causes of residual neuromuscular blockade in the postoperative period. 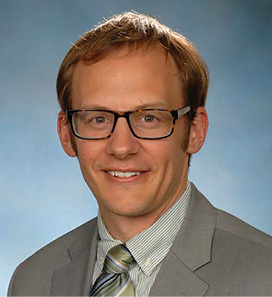 Aims: The specific aims of this single center randomized controlled trial are to determine whether high-flow nasal cannula oxygen delivery can reduce hypoxemia, hypercarbia, and hypotension in patients having anesthesia for GI endoscopy. Patients who participate in the study will be randomly assigned to receive the current standard of care (regular-flow nasal cannula oxygen) or to have high-flow nasal cannula oxygen delivery. Patients will have their blood carbon dioxide levels measured during their procedure using a noninvasive monitor. They will also have standard anesthetic monitoring during the procedure and study outcomes will be compared between the two groups.

Implications: Although serious complications from hypoxemia or hypercarbia are rare during anesthesia for GI endoscopy, near-miss events may be frequent. A review of our own center’s data over the last year demonstrated that as many as 18% of patients may experience hypoxemia during these procedures. If high-flow nasal cannula is found to reduce hypoxemia and hypercarbia, this could prevent many “near-miss” events per year in the United States and substantially improve patient safety. Also, a large multicenter trial would be merited as many patients could be impacted by the study’s findings.
Funding: $150,000 (January 1, 2017–December 31, 2018). This grant was designated as the APSF/American Society of Anesthesiologists (ASA) Endowed Research Award. 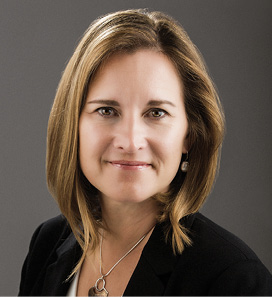 Dr. van Vlymen’s grant is titled “Can healthcare-associated hepatitis C virus outbreaks occur when intravenous medication vials are accessed with clean needles and syringes for use in multiple patients?”

Background: Healthcare-associated hepatitis C virus (HCV) outbreaks with patient-to-patient transmission continue to occur across North America despite the widespread implementation of infection control guidelines. In some circumstances, contaminated medications, administered by the anesthesia provider, have been found to be the most likely source of transmission. Although it is often assumed that contamination occurred from reusing needles or syringes, investigations often find no evidence for this and the practitioners involved have adamantly denied the practice.

While it is clearly unacceptable to reuse needles or syringes, it remains a recognized practice to share multi dose medication vials between patients, provided sterile needles and syringes are used with aseptic technique for each access. Published medication safety guidelines recommend that vials should be single-use whenever possible. The guidelines indicate that if multi-dose vials are used on more than one patient, they should be stored outside of the immediate patient care area and the diaphragm cleaned with 70% alcohol with friction and drying. Although some institutions may be able to ensure strict compliance to these standards, unfortunately, this has not been universal practice.

It has been widely demonstrated that anesthesia professionals often inadvertently contaminate their workspace, including medication preparation areas, during routine clinical practice. It is possible that the rubber diaphragm of medication vials could become unknowingly contaminated with bodily fluids containing a significant viral load if the anesthesia professional was caring for an HCV-infected patient. If the anesthesia professional then accessed that vial with a sterile needle and syringe, they might unintentionally contaminate the medication, which could be administered to subsequent patients. Not only has HCV been shown to remain viable on inanimate surfaces for up to 6 weeks, studies have also shown that HCV remains stable in commonly used anesthetic medications for days to weeks.

Aims: Using the most current and appropriate virology methods available for HCV research, we will test the hypothesis that HCV can be transferred from the outer diaphragm of a medication vial into the medication itself when penetrated with a sterile needle and syringe. We will also examine the stability of HCV within a number of commonly used anesthetics and determine what cleansing practices are required to eliminate this transmission risk.

Implications: Anesthesia professionals are leaders in patient safety, but are often reluctant to follow guidelines blindly without evidence to justify the recommendations. —However, when presented with scientific proof, we are quick to adopt change and become advocates educating other health care practitioners. Without awareness of the true dangers of medication practices that are intended to reduce waste and expense, adherence to safe medication practices will never be achieved. With proof that this mode of transmission occurs and with appropriate knowledge translation strategies, changes in clinical practice surrounding the re-use of medication vials for multiple patients will be achievable.

Dr. Howard is Professor of Anesthesiology, Perioperative and Pain Medicine at Stanford University School of Medicine and Chair of the APSF Committee on Scientific Evaluation.