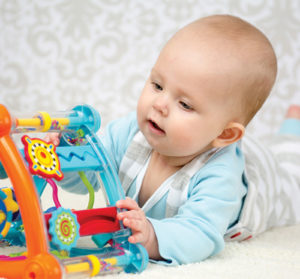 The effect of general anesthesia on the developing brain is arguably the most widely discussed, highly publicized, and controversial patient safety issue that the pediatric anesthesia community has faced in the past two decades. The potential for adverse neurodevelopmental outcomes after anesthesia exposure has called into question the intrinsic safety of our primary anesthetic agents, leading to understandable concern for both parents and anesthesia professionals. In October 2016, the Anesthesia Patient Safety Foundation (APSF) Newsletter addressed these concerns in an article titled “The Effect of General Anesthesia on the Developing Brain: Appreciating Parent Concerns While Allaying Their Fears”.1 In today’s issue, we revisit the topic of anesthesia neurotoxicity, with a focus on three recent studies and their implications for the daily clinical practice of anesthesia professionals.

In 2016, the U.S. Food & Drug Administration (FDA) issued a Drug Safety Communication warning that “repeated or lengthy use of general anesthetic and sedation drugs during surgeries or procedures in children younger than 3 years or in pregnant women during their third trimester may affect the development of children’s brains.”2 The new warning label was applied to nearly every anesthetic agent used in modern practice, including sevoflurane, isoflurane, desflurane, propofol, midazolam, and ketamine. When the FDA issued this warning, there was no definitive clinical evidence that showed anesthetic agents caused adverse neurodevelopmental outcomes. Rather, the warning was primarily driven by overwhelming data from animal studies across various species that demonstrated an association between anesthetic exposure and neurologic injury, such as widespread neuronal cell loss, oligodendrocyte loss, and impaired synaptogenesis during a period of rapid brain development.3–5 Animal studies also demonstrated a link between early exposure to anesthetics and impaired cognition, behavior, and learning.4,5

While concerning, the animal data cannot be easily translated to humans. The dose and duration of anesthetic exposure in animal models is considerably higher than what an infant or child is typically exposed to in the operating room. The animal models lack the precise physiologic monitoring, controlled ventilation, and resuscitative efforts routinely utilized in clinical practice. Additionally, each animal model has a different “window of vulnerability” during brain development, which is difficult to correlate with human brain development.

At the time of the FDA’s warning, the clinical data largely consisted of retrospective observational studies, comparing neurodevelopmental outcomes (e.g., cognition, behavior, learning disabilities) in individuals exposed to anesthesia at a young age to a matched, unexposed cohort. The results were variable and conflicting. Some studies showed no association between early anesthesia exposure and neurodevelopmental outcomes, suggesting that a single, brief exposure to anesthesia at a young age does not have negative effects on brain development.6–8 Other studies, however, suggested exposure to anesthesia may result in neurocognitive deficits, particularly in children exposed to multiple anesthetics at an early age.9–11 As the FDA acknowledged in their Drug Safety Communication, observational studies have many limitations and cannot prove causation.2 Controlling for confounders including birth weight, gestational age, parental age/education, socioeconomic status, income, and ethnicity proved to be very difficult in these studies.

In the last five years, three well-designed, landmark studies made efforts to minimize these limitations, and their collective findings suggest that a single, brief exposure to general anesthesia in children is likely safe:

The FDA met with an expert panel in 2007, 2011, and 2014 to advise them on the issue of anesthesia-induced neurotoxicity. Then, more than two years after the last expert advisory panel convened, the FDA issued the Drug Safety Communication warning about the potential risk of anesthesia neurotoxicity. Curiously, their warning came on the heels of reassuring results from the PANDA study12 and GAS secondary outcome.15 Usually FDA Drug Safety Communications are based on substantial clinical data,16 but in this case there was no definitive clinical evidence of neurotoxicity in humans. The FDA warning was based on a potential risk, rather than a known risk.

The intention of the FDA was to “better inform the public about this potential risk”,2 but their warning had downstream consequences. The FDA acknowledged that necessary surgery in children should proceed, but cautioned that “consideration should be given to delaying potentially elective surgery in young children where medically appropriate”.2 Many pediatric, surgical, and anesthesia professionals found this recommendation to be oversimplified and lacking in evidence-based guidance. Some medical experts even cautioned that the FDA warning could expose medical professionals to increased malpractice risk regardless of their decision to either proceed with anesthesia or delay the procedure.17 (Should myringotomy tubes be delayed knowing that hearing deficiencies secondary to recurrent otitis can lead to learning deficits? Should tonsillectomy for moderate sleep apnea be delayed, when sleep apnea itself can affect neurocognitive outcomes? If the child develops a learning disability later in life, will I be held liable for proceeding ahead? Will I be held liable for delaying?) After all, the risk-benefit discussion becomes more challenging when physicians are asked to consider an unsubstantiated risk. Just as attorneys would feel uneasy defending their clients under a presumption of “guilty until proven innocent,” anesthesia professionals were put in the challenging position of defending the appropriate use of anesthetic agents that were heavily stigmatized as neurotoxic after the FDA’s warning.

Discussions with parents regarding anesthesia-induced neurotoxicity are common. A survey of over 200 parents found that 60% report some degree of concern that general anesthesia will affect their child’s neurodevelopment.18 How are anesthesia professionals approaching these conversations? A study of pediatric teaching institutions in the US provided insight into the attitudes of anesthesia professionals and the process of informed consent nationwide.19 Of those surveyed, 91% discussed the topic “only if asked,” while 6% discussed it routinely, with the majority of those discussions occurring moments before surgery. In addition to direct conversation with the anesthesia professional, one third of respondents referred parents to the SmartTots Consensus Statement,20 and one third had specific departmental talking points. The majority of respondents did not discuss delaying “elective” surgery with parents, and chose not to offer a “safe age cutoff” to parents. Only 20% of respondents documented their discussion in the medical record, and few institutions specifically discussed the risk in the written consent.

Based on the available data, a single, brief exposure to general anesthesia in children under age three does not cause adverse neurodevelopmental outcomes. Anesthesia professionals and parents alike should be reassured by the findings of the PANDA, MASK, and GAS studies. Questions do remain, however, with regard to infants and children requiring multiple or prolonged anesthetics. In this vulnerable population, modest neurodevelopmental impairments may occur after anesthesia exposure,10,11,13 and additional research is necessary to better understand what clinical implications, if any, this may have on perioperative care. Researchers are also studying the dose-response curve of anesthetic agents on neurodevelopmental outcomes. The TREX trial is an ongoing randomized control trial comparing neurodevelopmental outcomes of standard-dose sevoflurane versus low-dose sevoflurane, with an expected completion date in 2022. Additionally, we may see the focus of research shift towards the conduct of an anesthetic, rather than the type and route of anesthetic. The role of intraoperative hypotension, transient hypoxia, metabolic derangements, glucose control, and temperature maintenance on neurodevelopmental outcomes are important questions that remain unanswered.

Anesthesia professionals who care for children should be prepared to address parental concerns, and should be familiar with the reassuring results of the PANDA, MASK, and GAS studies. Concerned parents should be directed to credible resources, such as the SmartTots website (https://www.smarttots.org), a partnership between the International Anesthesia Research Society and the FDA with informational material for parents and medical professionals.20 Caring for infants and children is a privilege, and anesthesia professionals should acknowledge the concerns of parents while allaying their fears related to the effects of general anesthesia on the developing brain.