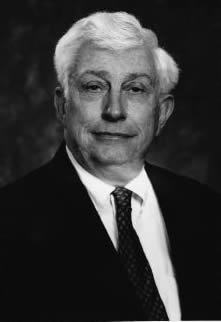 The passing of Ellison C. Pierce, Jr., MD, affectionately known to so many as “Jeep,” on April 3, 2011, at age 82 was a tremendous loss to everyone involved with anesthesia, in particular, and health care in general. Patients as well as providers will perpetually owe Jeep a debt of gratitude, for Jeep Pierce was the patient safety pioneer. He made a huge difference in the safety of health care for all of us. He saw what needed to be seen and said what needed to be said. He was on a perpetual mission to prevent patients from being injured or killed by anesthesia. When he started out on that mission, he didn’t know that the impact would extend far beyond the specialty to which he devoted his life. While he’d had close calls in the OR, he never described a terrible event in his own career that motivated him to take on this cause. He took it on because he knew it was the most important thing that he could do for the specialty. And take it on he did, with all his energy, wisdom, and significant political savvy. When the specialty was faced with a “malpractice crisis” at the start of the 1980s, Jeep thought about protecting patients first, doctors second. That was a risky political move, but he didn’t hesitate. He just did the right thing. As President of the ASA in 1982, he created the Patient Safety and Risk Management Committee, what appears to have been the first use of the now common term “patient safety.” It was at the 1984 International Symposium on Anesthesia Mortality and Morbidity, which he co-organized, that he conceived of the idea of the Anesthesia Patient Safety Foundation. Through his charisma, political know-how, patience and persistence, he created the organization that has been the beacon for patient safety in anesthesia and far beyond. 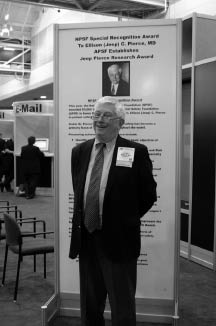 The Ellison (Jeep) C. Pierce, Jr., MD, Research Award is a coveted award given every year by the APSF

Through APSF and his many connections in the world of medicine, Jeep’s vision was moved forward to become what is now a worldwide movement to prevent needless injuries and deaths from errors both human and system-induced. He was an attractor, someone we all wanted to help to accomplish his goals. When he assembled the team that would build the APSF, he was inclusive and strategic. He knew just how far he could go, just what kinds of people together were needed to do the job. He wasn’t the one with all the detailed ideas. Yet, he instantly could spot a good one. And, he made the person who had it feel like a genius. He was generous and sincere with his praise; yet he wasn’t looking for it himself (but he received a lot of it, including many awards for his pioneering work). He was happy and satisfied in himself to see the good work being done—the APSF Newsletter, the research grants program, the catalysis of new technologies, the development of simulation and teamwork training, and the innumerable special projects that came from APSF during these past 25 years, were all the result of an organization that was built from his astute sense of people, diplomacy, and timing.

But Jeep wasn’t uni-dimensional. He had other loves as well. For his wife, Elizabeth, and his children, surely the most. And, in a social moment, he’d reveal his passion for organs and their magical music. He traveled the world to see the special ones. Functionally a “renaissance man,” he loved opera and architecture too, but especially history. Winston Churchill was his hero; he read all he could about him (and displayed a Churchill bust in his vestibule). Jeep always had a delightful sense of humor and contagious laughter, and he was quick to help others, even when he himself might have been in need.

Passionate, persistent, patient, jovial, charming, and dedicated completely to a cause he believed in, he was transcendent. Jeep has left anesthesia practice an order of magnitude safer and the world a better place. We’ll miss him.