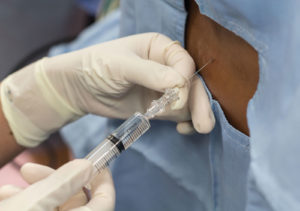 Multiple factors have been associated with epidural conversion failure (Table 1).9 However, the continued preference of attempted conversion of labor epidural analgesia to anesthesia in parturients requiring CD is somewhat perplexing.10 Stratification of patients more likely to fail epidural conversion with consideration of spinal anesthesia as an alternative may be warranted.

In conclusion, conversion of labor epidural analgesia to epidural surgical anesthesia is associated with a variable and potentially high failure rate. Successful conversion is influenced by multiple factors that may not always be anticipated. Therefore, spinal anesthesia should be considered as a reasonable alternative anesthetic technique for intrapartum CD, even in women with an indwelling labor epidural catheter.

Dr. Ituk is chief of Obstetric Anesthesia in the Department of Anesthesia at Carver College of Medicine, University of Iowa, Iowa City, IA.

The author has no conflicts of interest to disclose.