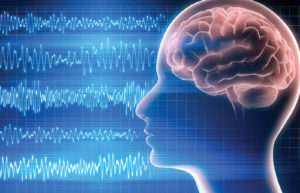 Achieving the appropriate depth of anesthesia is vital. Too light, and patients may become aware of the surgical stimulus; too deep, and patients are at risk of vasomotor depression and complications. Traditionally, the depth of anesthesia is approximated through clinical signs such as heart rate and blood pressure changes or end tidal anesthetic concentration and estimated plasma concentration. Despite the use of these surrogates, complications of too little or too much anesthesia still may occur indicating that they are unreliable estimates of anesthetic depth.

Electroencephalogram (EEG) is a surface recording of the summed cortical electrophysiological activity and is altered by the level of consciousness. EEG-based monitoring could, in theory, directly monitor the neurological response to anesthetic agents, and account for the inherent variation in anesthetic sensitivity. In reality, measuring the EEG in the clinical setting and turning it into a reliable tool for monitoring anesthetic depth is challenging. Despite these challenges, several methods of EEG acquisition and processing have been developed and approved for clinical use. Bispectral (BIS) indexTM (Boulder, CO, USA), based on frequency domain analysis, is the most studied method to date. Other examples include Patient State Index (PSI, Hospira Inc, Lake Forest, IL, USA, now Masimo Corp., Irvine, CA) which is derived from EEG power, frequency and phase information; M-entropy (GE Healthcare, Helsinki, Finland) which measures the amount of disorder in the EEG (state entropy), in addition to frontalis electromyogram (response entropy)1; and auditory evoked potential (AEP), which measures the latency of cortical response to auditory stimulation.1 While these devices have potential clinical utility, they also have inherent limitations. EEG remains a crude measure of anesthetic effects on the brain in that the threshold and type of EEG changes that identify lack of awareness are still not known with complete certainty for every patient. The signals are prone to interference by artifact and all of the devices depend upon algorithms developed using a certain patient population.

Depth of anesthesia monitoring and awareness

Accidental awareness under general anesthesia (AAGA) is a potentially devastating complication due to inadequate depth of anesthesia. AAGA is estimated to occur in 0.2% of adults receiving general anesthesia and potentially greater in children.2,3 The main factors contributing to awareness are equipment failure, intentional light anesthesia used to limit physiologic instability (e.g., hemodynamically unstable and trauma patients), and high anesthesia requirement of the patient. Total intravenous anesthesia (TIVA) has a particularly high risk of awareness, as there is no real-time measure like exhaled agent concentration to measure the anesthetic load in vivo.4 It is thought that EEG-based depth of anesthesia monitoring may act as a “safety net” against AAGA, especially with TIVA. Several studies have compared BIS™ to the Patient State Index (PSI) and Entropy, and reported comparable effectiveness in predicting the depth of anesthesia.5-7

Despite the promising results from earlier small studies, Avidan et al. published a randomized control trial (RCT) of 5,713 patients receiving inhalational anesthesia monitored with BIS or end-tidal gas monitoring with alarm set to maintain within a minimum alveolar concentration (MAC) range and reported no significant difference in the risk of awareness between the groups.8 Mashour et al. published a larger RCT of 18,836 patients, and again reported no significant difference between BIS and end-tidal anesthetic gas monitoring. Mashour reported equipment failure in almost a third of their BIS-monitored patients, and when cases with equipment failure were excluded in a post hoc analysis, there was a significantly lower rate of awareness in the BIS cohort.9 Messina conducted a meta-analysis and concluded that BIS-monitoring was not associated with a significantly lower risk of awareness during inhalation anesthesia.10

To date, there is one large-scale study investigating the use of BIS during propofol TIVA. Zhang et al. conducted an RCT of 5,228 patients with propofol TIVA and found that the risk of awareness was significantly lower in the BIS-guided cohort (0.14%) compared to the BIS-blinded cohort (0.65%).11

Depth of anesthesia monitoring may also be used to prevent excessively deep anesthesia, which may be associated with delayed emergence from anesthesia and increased risk of perioperative complications.

It is thought that by minimizing the amount of anesthetic agent administered, depth of anesthesia monitoring may result in faster recovery from anesthesia. Gan et al. found that BIS monitoring is associated with significantly quicker emergence from anesthesia as well as shorter stay in PACU.12 Similar findings were subsequently reported in several other studies,13,17,18 and meta-analyses.21,22

BIS monitoring may also reduce the incidence of vasomotor complications as a result of unnecessarily deep anesthesia. Jildenstål et al. reported that AEP-guided anesthesia was associated with significantly lower vasopressor requirement.19 Low BIS index as well as “double low” events (low BIS and low mean arterial blood pressure [MAP], typically defined as case-based time-weighted average BIS and MAP below the sample mean) have been associated with increased mortality.23,24 While the concept of ‘triple low’ (low BIS, low MAP, and low-end tidal anesthetic concentration) has also been introduced, the combination of low BIS and low-end tidal concentration is suggestive of sensitivity to anesthetic agent, rather than excessively deep anesthesia.25 Several studies have also suggested that use of BIS monitoring may be associated with reduced hypotensive episodes and vasopressor rescue.15-16 However, the only large RCT on the use of “double low” alarms (low MAP, low BIS) reported that despite the use of alarms, 60% of double-low events continued on for more than 15 minutes, which suggested a lack of intervention, and the postoperative mortality rate was not significantly different between the cohorts.26

Lastly, it has been proposed that excessively deep anesthesia in high-risk (pre-existing neurocognitive disorders, cerebral vascular disease, frailty, etc.) patients is associated with the development of postoperative delirium and postoperative cognitive dysfunction.27 Postoperative delirium (POD) is associated with increased morbidity and mortality, as well as long-term cognitive and functional decline. Several studies have demonstrated that BIS-guided anesthesia is associated with a significantly lower risk of POD.28-30 On the other hand, the ENGAGES trial recently published by Wildes et al. reported that despite lower anesthetic requirement and less EEG suppression in the BIS cohort, there was no significant difference in the risk of delirium, but they did report significantly lower 30-day mortality.16 MacKenzie et al. conducted a meta-analysis of 13 studies and reported lower risk of POD with depth of anesthesia monitoring.31

Depth of anesthesia monitoring may be a useful tool to help the clinician prevent the complications of too little or too much anesthesia. Whereas, anesthetic gas measurement may be sufficient for preventing awareness during inhalation anesthesia, tools like EEG-based depth monitoring add insight into anesthetic effect during TIVA. Excessive anesthetic dosages are well known to cause hemodynamic instability, but we are learning there may be other consequences of too much anesthesia such as neurocognitive dysfunction. Depth of anesthesia monitoring becomes more compelling if it can be used to guide the clinician to the “sweet spot” where anesthetic dose is sufficient to prevent awareness but not greater than needed.

Studies suggest there is a role for anesthetic depth monitoring in vulnerable patients and we should work to refine the technology and define the important clinical indications. More data are needed to determine the value of various technologies and their potential to prevent awareness and excessive anesthetic dosage. The threshold of evidence that supports a device as a monitoring standard is not clear. Pulse oximetry could not be shown to improve outcome, yet it is a well-established monitoring standard. Although the potential benefit of improved outcomes may be difficult to show, the potential to cause harm for example, by failing to detect awareness, is important to understand. It is not difficult to argue that once depth of anesthesia monitoring technology is proven more reliable, our monitoring recommendations should address the appropriate role for this technology in clinical practice.

Zhaosheng Jin is a research fellow in the Department of Anesthesiology at Stony Brook University, Stony Brook, NY.

Dr. Gan is professor and chairperson in the Department of Anesthesiology at Stony Brook University, Stony Brook, NY.

Zhaosheng Jin has no conflicts of interest as they relate to this article. Dr. Gan is a consultant for Medtronic, and Dr. Feldman has received consulting compensation from Micropore, Inc., and Dräger Medical.