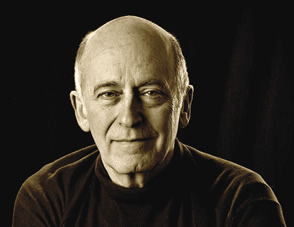 APSF Executive Vice President Jeffrey B. Cooper, PhD, has been awarded the 2012 Distinguished Service Award by the American Society of Anesthesiologists. This award is the highest tribute the Society can pay to an ASA member. It may be given for outstanding clinical, educational, or scientific achievement, contribution to the specialty, and/or exemplary service to the Society. Dr. Cooper was elected to receive this award for achievements in all these areas, save only for clinical work. Dr. Cooper is the first non-clinician to receive the Society’s highest award.

Jeffrey B. Cooper, PhD, is the founder and executive director of the Center for Medical Simulation, which is dedicated to the use of simulation in health care as a means to improve the process of education and training and to avoid risk to patients. He is also professor of Anesthesia at Harvard Medical School. He received his BS in Chemical Engineering and MS in Biomedical Engineering from Drexel University in 1968 and 1970, respectively, and completed a PhD in Chemical Engineering at the University of Missouri in 1972.

Dr. Cooper joined the Bioengineering Unit in the Department of Anesthesia and Critical Care at Massachusetts General Hospital, where he had a great impact on anesthesia patient safety in the institution. He was involved in many threads of research to improve safety, including the development of one of the first microprocessor-based medical technologies, the Boston Anesthesia System, the conceptual forerunner of today’s most advanced anesthesia workstations. Perhaps his most influential line of research was to lead a team that used the aviation-inspired critical incident analysis technique to understand the causes of anesthesia-related mishaps and injuries. A seminal publication from the group in 1978, with Cooper as first author, provided important data on the human factors of how and why anesthetic mishaps occurred. This was the first of a series of papers on the topic; publications that not only illuminated these issues in an entirely new way, but also inspired a whole generation of new investigations and investigators addressing anesthesia patient safety. It is largely for this work that Dr. Cooper is widely regarded as the “father of patient safety research.”

However, Dr. Cooper’s contribution to patient safety and to the ASA were not confined to research. He was a lead member along with Dr. John Eichhorn and others of the group that created the first safety-related standard for anesthesia, the 1985 Harvard Anesthesia Monitoring Standards, described in a 1986 paper in JAMA, which became the basis for monitoring standards adopted by the ASA. In 1984, Cooper joined with other Harvard colleagues including Drs. Ellison C. Pierce, Jr., and Richard Kitz, to convene the International Symposium on the Prevention of Anesthesia Mortality and Morbidity, which constituted the first public examination of what was soon to be known as "anesthesia patient safety." Out of this was born the idea for the Anesthesia Patient Safety Foundation (APSF), which was launched in 1985. Dr. Cooper was a major force in the creation of the APSF, and is widely considered the scientific heart of the organization. He has served continuously on the APSF Executive Committee since its inception (the only remaining founder on the Committee), and for 13 years was chairman of its Committee on Scientific Evaluation—essentially the study section for APSF patient safety grants (whose 100 awards from 1987 to 2013 total approximately $9 million). Since 2003 he has served as one of two APSF executive vice presidents. It was also due to Dr. Cooper’s persistent insistence that APSF became a truly pan-professional organization with Executive Committee members or Committee chairs coming from the ranks of MDs, CRNAs, Anesthesiologist Assistants, and PhDs.

Dr. Cooper influenced strongly the creation of the National Patient Safety Foundation and founded its grant program, which he directed for 8 years. At various times he served on the NPSF’s Board of Directors, Board of Governors, and Executive Committee. Thus, it can be fairly said that Cooper is the father of “patient safety” as both a research and organizational topic, for all of health care, not just anesthesia. In fact, Dr. Atul Gawande, writing about safety in surgery in the New Yorker magazine (and reprinted in his book Complications: A Surgeon’s Notes on an Imperfect Science) highlighted Cooper’s work, and indicated ruefully that, at the time of the publication, “Surgery, like most of medicine, awaits its Jeff Cooper.” It is to a substantial degree through the work of Dr. Cooper that the concept of patient safety as something to be studied and sought in its own right, rather than just being a side-effect of clinicians doing their jobs properly, has been correctly attributed to the field of anesthesiology; a fact that itself has done a huge service to the ASA.

Dr. Cooper has also played a major role in the diffusion and innovation of health care simulation. Through the APSF he was exposed to early efforts in simulation in the mid-1980s, creating the Harvard Anesthesia Simulation Project in 1992. This brought together the (then) 5 anesthesia teaching programs in the Harvard system in a project for faculty to learn to conduct crisis-resource management types of simulation training for residents, anesthesiologists, and nurse anesthetists, under the tutelage of Dr. David Gaba and colleagues from Stanford and using their group’s pre-commercial simulator. This led to the 1994 founding of the Boston Anesthesia Simulation Center—the first dedicated health care simulation center in the world. BASC later morphed into the world-renowned Center for Medical Simulation. Among the more innovative programs Dr. Cooper created or co-developed are the Institute for Medical Simulation, live interactive simulation video-teleconferencing, and the novel Healthcare Adventures (a program for training health care administrators and leaders in teamwork via realistic simulation). Dr. Cooper is a founding and current member of the ASA’s Simulation Editorial Board and a member of the American Board of Anesthesiology’s OSCE Development Advisory Panel.

In addition to the ASA’s Distinguished Service Award, Dr. Cooper has received numerous honors for his work in patient safety, including the 2003 John M. Eisenberg Award for Lifetime Achievement in Patient Safety from the National Quality Forum and the Joint Commission on Accreditation of Healthcare Organizations and the 2004 Lifetime Achievement Award from the American Academy of Clinical Engineering. In 2009 the Department of Anesthesia and Critical Care of the Massachusetts General Hospital established the Jeffrey B. Cooper Patient Safety award in his honor. The ASA chose him to deliver the 2011 Wright Memorial Lecture.

The ASA, the APSF, the field of anesthesiology, and indeed health care as a whole are all extremely proud and grateful that we “did have our Jeff Cooper.” He is rightly recognized with the ASA’s highest award.

Dr. Gaba is Associate Dean for Immersive and Simulation-based Learning, Professor of Anesthesia at Stanford University School of Medicine, Director of the Patient Simulation Center for Innovation at the Veterans Administration Palo Alto Health Care System and member of the APSF Executive Committee.