In late 1998, the Executive Committee of the Anesthesia Patient Safety Foundation (APSF) conducted a survey designed to identify the most important anesthesia patient safety issues as perceived by practicing anesthesiologists. The survey assessed the perceived importance of more than 50 specific anesthesia patient safety issues that were categorized as (1) Perioperative Complications, (2) PreExisting Medical Conditions, (3) Residual/Toxic Effects of Drugs Administered Intraoperatively, (4) Cost-Saving Mandates, (5) Anesthesia Delivery Outside the Operating Room, and (6) Working Conditions. The survey also asked the respondents to characterize their experience with anesthesia simulators and to indicate possible future uses of anesthesia simulators. Demographic data were obtained to profile the respondents and their clinical practices.

The survey was initially administered by mail to 1660 members of the American Society of Anesthesiologists (ASA). The survey was also available for on-site completion to visitors at the APSF/ASA Patient Safety Booth at the ASA Annual Meeting in October 1998. Of the 1660 mailings, 658 surveys were returned (40% response rate to a single mailing) and an additional 143 surveys were completed at the Patient Safety Booth at the time of the 1998 ASA meeting. Thus, the total number of anesthesiologist respondents for analysis of data was 801. A 3-point scale (High Priority, Average Priority, Low Priority) was used by respondents to evaluate the importance of the 53 patient safety issues listed on the survey.

Based on these responses, the Twenty Most Important Issues in Anesthesia Patient Safety, as perceived by practicing clinical anesthesiologists, were determined (Figures 1 and 2). Difficult Airway Management was viewed as the most important anesthesia patient safety issue being ranked by 72% of the 801 respondent anesthesiologists as “High Priority.” Other anesthesia patient safety issues being ranked as “High Priority” by more than 50% of the 801 respondents included Production Pressures (turnover times, desire to avoid cancellations) (62%), Anesthesia Delivery Outside the Operating Room at Remote Sites (61%), Office-Based Anesthesia (58%), Neurologic Deficit Due to Anesthesia Technique (58%), Coronary Heart Disease (56%), Occupational Stress (55%), Fatigue (53%), Medication Errors (52%), and Time Available for Preoperative Evaluation (52%). The overall ranking of the 53 anesthesia patient safety issues listed on the survey, based on rankings as High Priority by the 801 respondents, are listed in Table 1. 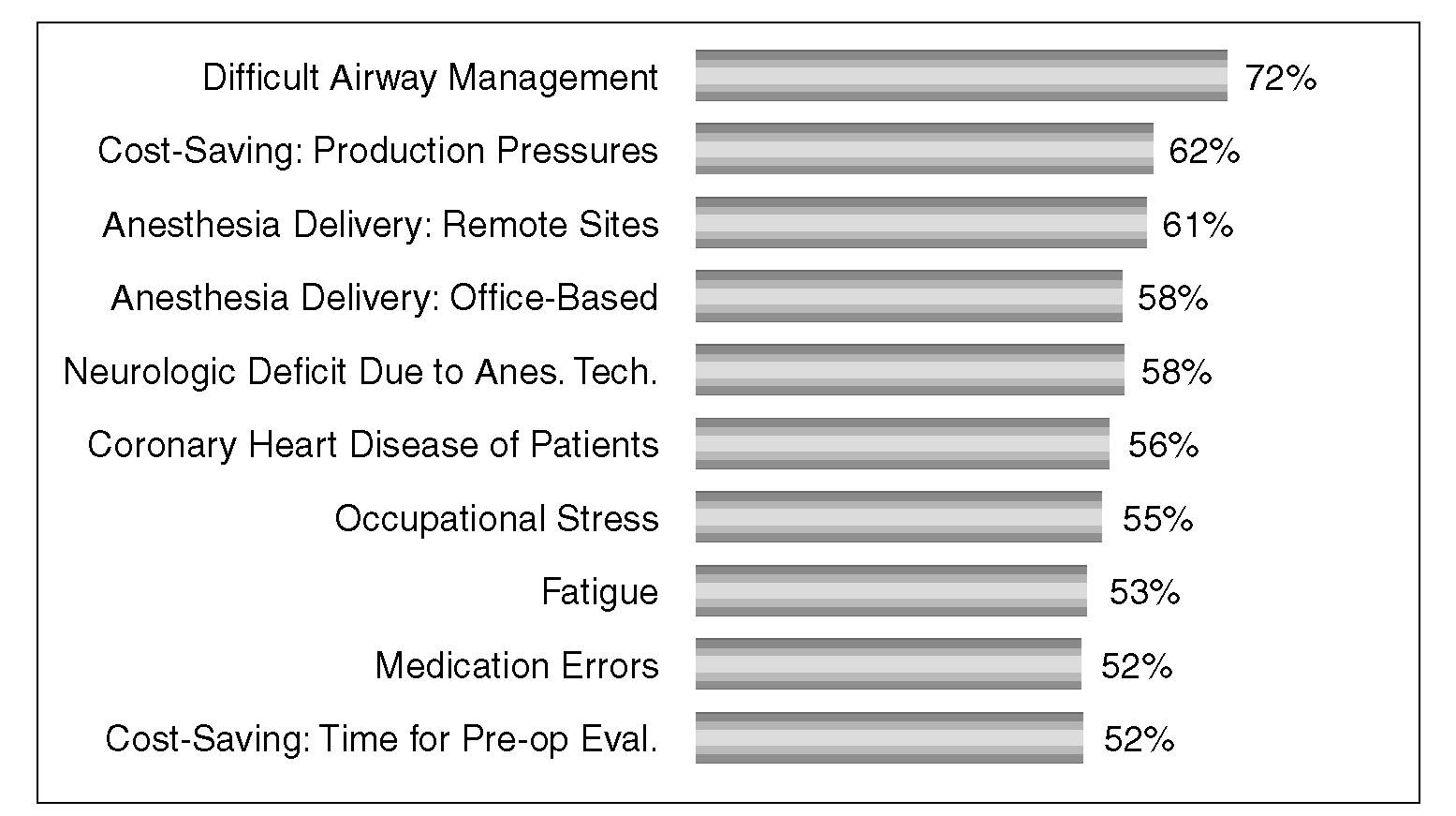 Figure 1. The 10 most important anesthesia patient safety issues as determined by a “High Priority” ranking by the 801 anesthesiologist respondents. 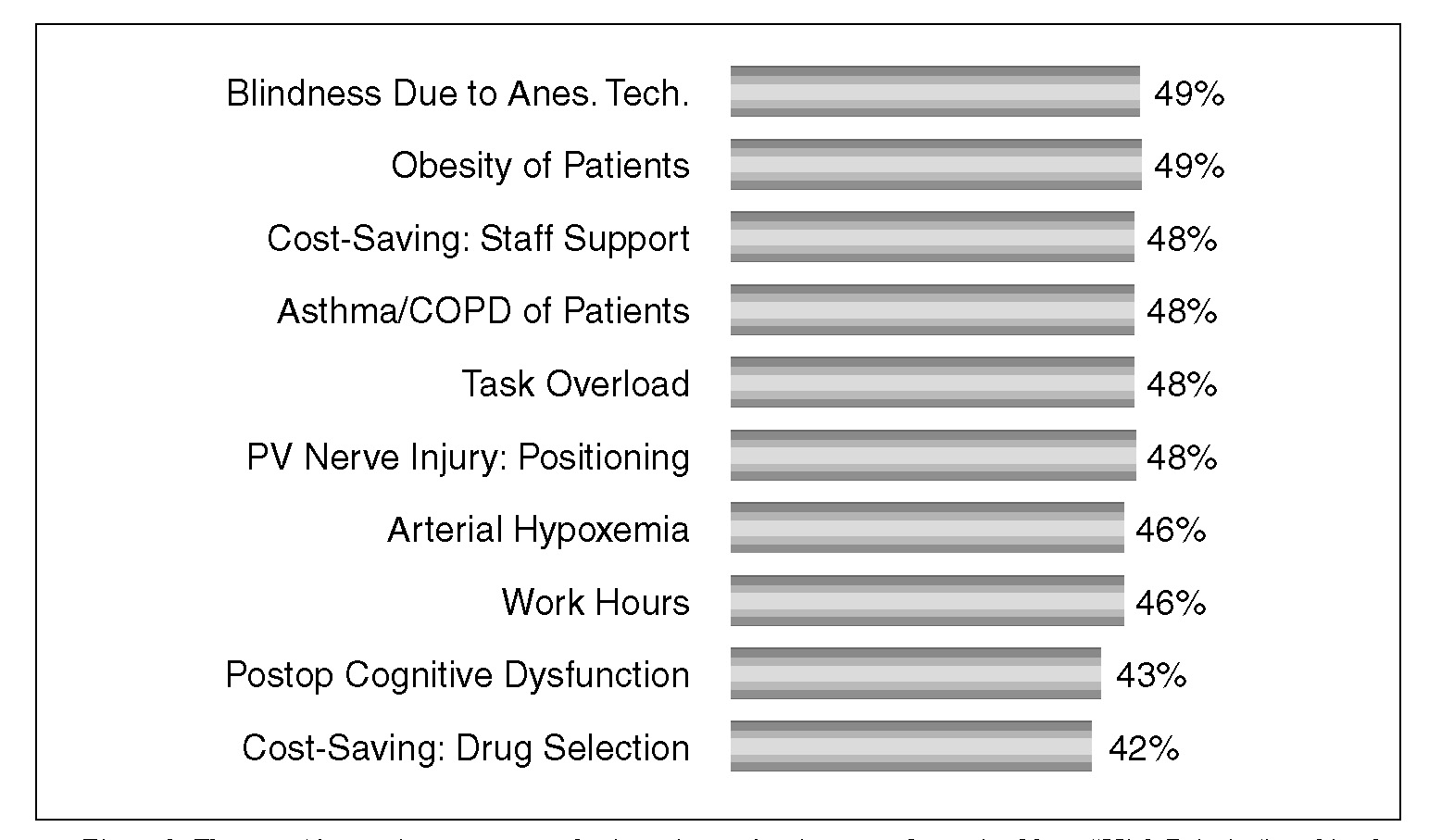 Figure 2. The next 10 most important anesthesia patient safety issues as determined by a “High Priority” ranking by the 801 anesthesiologist respondents.

Figure 3. Possible uses of anesthesia simulators as determined by a “High Priority” ranking of those 456 out of 801 anesthesiologist respondents who indicated sufficient knowledge and experience with this technology to render an opinion.

Demographic analyses revealed a predominance of respondents listing their primary practice setting as private practice (53%), greater than 15 years of experience (71%), and practicing in a population area >500,000 (54%). Operating room anesthesia, ambulatory anesthesia, and regional anesthesia were listed as the primary clinical practice areas by 89%, 65%, and 52% of the respondents, respectively. Age/Experience was related to the perceived importance of issues such as occupational stress, fatigue, task overload, and work hours. Production pressures were viewed as less important by those respondents listing office-based anesthesia as a principal clinical practice area. Peripheral nerve injury was more likely to be viewed as a “High Priority” anesthesia patient safety issue by private practitioners while postoperative cognitive dysfunction was more likely to be viewed as “High Priority” by those listing their primary practice setting as academic practice. Those in academic practice were more likely than private practitioners to indicate experience with anesthesia simulators and to support the future expanded use of anesthesia simulators.

The results of this survey will be useful in discussions of current anesthesia patient safety issues as perceived by practicing anesthesiologists. These data will also be utilized by the APSF with respect to decisions regarding future educational and investigative goals of the Foundation.

Dr. Stoelting, Chairman of Anesthesiology, Indiana University, is President of the APSF.