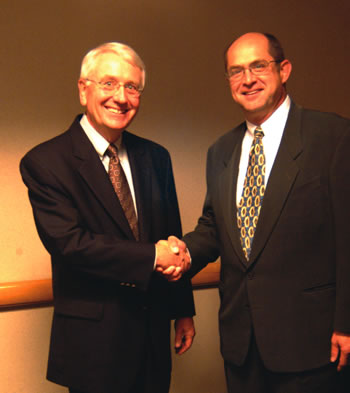 At its October 2005 annual meeting, the APSF was pleased to announce the appointment of Paul Baumgart as its new Vice President. Paul Baumgart is General Manager of Respiratory Care for GE Healthcare Clinical Systems, based in Madison, Wisconsin, with responsibility for GE’s global respiratory care business. Previously he held marketing roles at GE covering perioperative monitoring products and OR information systems. Prior to joining GE in December 2000, he spent nearly 20 years at Ohmeda in a variety of marketing positions related to the company’s anesthesia system business, including Director of Marketing for the Americas.

Paul has been a recognized speaker at anesthesiologist, nurse anesthetist, anesthesia technologist, and biomedical engineering meetings throughout North America and Europe on topics that include anesthesia safety, operating room information management, anesthesia gas delivery, and monitoring system design and evolution. He holds an MBA degree from the University of Wyoming and is an adjunct faculty member in the University of Wisconsin Executive Education program. He and his wife Lynn reside in Madison, Wisconsin.