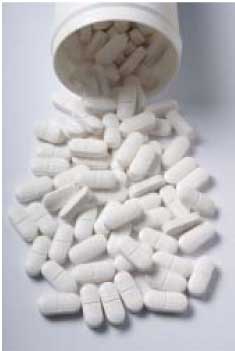 APSF Newsletter consideration of fatigue as a potential detriment to anesthesia safety. The editorial assignment was to outline arguments against use of performance-enhancing drugs as a counter-measure for excessive physician fatigue. Advances in neuroscience and economic imperatives ensure the increasing relevance of performance-enhancing drugs. This is a topic presently characterized by a paucity of objective data, unscientific argument, and hypocrisy. Some performance-enhancing drugs are willingly accepted, yet other drugs are condemned. Most clinical facilities now maintain a “smoke-free” environment. One can easily envision the outrage that would be elicited by proposals for a “caffeine-free” environment. Caffeine is the most widely consumed performance-enhancing drug. Recent reviews suggest that rapid cessation of caffeine intake causes a “clinically significant distress or impairment in functioning” that warrants “inclusion of caffeine withdrawal as an official diagnosis” by the World Health Organization (ICD-10) and the American Psychiatric Association (DSM-IV).1 This article highlights some conventional arguments against the healthy individuals’ use of drugs that enhance performance (steroids), arousal (modafinil), and cognition (nootropics).

Anabolic steroids enhance performance but have negative side effects that illustrate the counter-argument of excessive medical risks. The International Olympic Committee relies on a World Anti-Doping Agency (WADA) for drug testing. The need for WADA is illustrated by German court convictions of former East German government officials who sponsored use of performance enhancing steroids by their Olympic athletes. In March 2005, leaders of a laboratory co-operative are scheduled to stand trial for a number of charges including the alleged synthesis and sale to elite athletes of a previously undetectable steroid called tetrahydrogestrinone (THG). High profile athletes exert an enormous influence on younger, aspiring athletes. A second argument against performance-enhancing drug use is that it encourages drug use by others. Dr. Linn Goldberg, professor of medicine at Oregon Health and Science University, reported on the 10 December 2004 radio show Talk of the Nation that about one million teenagers in the US currently use anabolic steroids.

Modafinil is a schedule IV, wake-promoting drug (www.provigil.com). Modafinil is approved to treat “unusually sleepy people” who have been diagnosed with narcolepsy, obstructive sleep apnea syndrome, and shift work sleep disorder. Modafinil’s mechanisms of action and long-term effects are unknown. Modafinil is distinctly different from stimulants such as methylphenidate, amphetamines, and cocaine. Elite athletes were quick to discover modafinil. In November 2004, the U.S. Olympic gold medal for the 1600 meter relay was revoked and given to France because US athlete Calvin Harrison tested positive for modafinil. The International Associations of Athletics Federations and WADA consider modafinil a performance-enhancing drug. Thus a third argument against the use of performance-enhancing drugs is the long-standing legal precedent of condemnation by the international athletic community.

Discovering molecules that enhance cognition (nootropics) comprises one of the most exciting areas in drug development. There is uniform support for use of these drugs as therapeutic agents. Nootropic drugs will also be used by healthy individuals as enhancing agents. Perceptions about the appropriateness of performance-enhancing drug use is contextual. The International Associations of Athletics Federations and WADA consider drug use as cheating. In contrast, the Defense Advanced Research Projects Agency (DARPA) actively supports performance-enhancing drugs for military use. The DARPA website notes that, “Sleep deprivation is a fact of modern combat. Current operations depend on a warfighter’s ability to function for extended periods of time without adequate sleep.” By changing only 2 words in the DARPA quote, one can describe a performance challenge often encountered by health care providers. 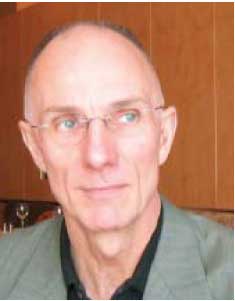 Performance outcome also influences attitudes concerning drug enhancement. The 2003 tragedy in which Canadian ground troops were killed by US pilots who had taken amphetamines has been interpreted as a condemnation of performance-enhancing drugs. For decades, US astronauts have used amphetamines therapeutically to suppress nausea and to enhance performance. Concerns over drug use have never sullied celebrations of a successful space mission. Likewise, if a clinical case goes well, and the anesthesia provider has taken a performance-enhancing drug, the probability of repercussions is low. One can easily envision a very different response to the same scenario terminating in a negative clinical outcome. Ultimately, performance-enhancing drug use will be decided not by editorials or ethicists but by the drug-using public. For performance-enhancing drugs, presently there is no rational code, but there is a clear coda: the genie is out of the bottle.