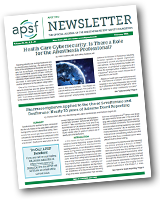 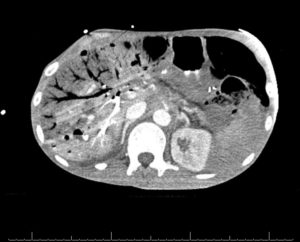 Figure 1: Shows large amounts of intra hepatic venous air with small foci of pneumoperitoneum. The pattern of air seen in hepatic venous gas extends to within 2 cm of the liver capsule.

Hepatic venous gas can occur from bowel distention with mucosal damage, sepsis, and gas embolization.1 It is hypothesized that the gas enters the portal circulation through the veins or lymphatics of the intestinal wall, breaches in the mucosal wall and reaches the hepatic veins through the hepatic sinusoids. Using carbon dioxide (CO2) insufflation instead of air during the ERCP can eliminate the risk of an air embolism, because intravascular CO2 can more be easily absorbed than air.2

The plan during this ERCP was to use CO2 for insufflation3 given that this involved manipulating the blind jejunal loop and the history of a Whipple procedure. The endoscopist was using an Olympus SIF-Q180 scope and a CO2 insufflating apparatus with CO2 tanks. As an explanation for the catastrophic cardiovascular collapse it was later realized that the CO2 delivery system was running out of CO2 and it gave a minor and unfamiliar alarm and automatically switched to air allowing the proceduralist to continue the procedure unhindered. This important safety vulnerability was looked into after this incident. Biomedical engineering was approached to transition this low volume alarm to a high priority alarm and they also evaluated whether it is possible to have a manual toggle to switch to a second CO2 cylinder during long procedures. It is prudent to ensure that endoscopy suites have appropriate equipment with built in safety features to avoid such incidents. It is also equally important that the providers using these devices are aware of the appropriate alarms indicating low gas levels and are appropriately trained to manage this situation.